BOA Birthday Girl - So Much Change in One Short Year

Maryline was the first child brought to BOA. She arrived one month after we officially opened our doors. Maryline is the "firstborn" of the BOA girls in the family and also ironically the youngest. She was 4 years old when she was placed with us by IBESR in Sept of 2017. She was living on the streets on the edge of one of the poorest and most violent slums, Cite de Soliel. A local social worker found her, investigated, and removed her from the situation. She was brought immediately to us while IBESR did a more thorough investigation into her story. We had a big empty house ready to receive whoever God would bring us, and He brought us spunky little Maryline. Even though she was a bit intimidated by her new surroundings she put up a strong front and didn't let on, a technique that I'm sure helped her survive when she was on her own. She was more comfortable with our daughter Mitchella in the beginning, unsure of who these strange pale funny talking people were. We were immediately smitten, something she could pick up and used to her full advantage then and still does today. It didn't take long for us to win her over. She needed to be taught everything, from how to use an indoor toilet and how to brush her teeth, to how to eat with utensils correctly. We had to teach her that food would come every day, and not just once, and that she didn't have to hide the things we gave her, no one would take them, her things were now her's. I remember the first night she settled in to bed at our house, she bounced a little on the soft mattress, testing out the strangeness of it, and then pulled the clean warm blanket up around her head and tucked in. One month later she had her first ever birthday celebration, turning 5 surrounded at the time by, another 3 new sisters who had just arrived, as shocked as she had been on those first days just a few weeks earlier. On Maryline's birthday we started the BOA family tradition of chocolate cake and vanilla ice cream! Now we have it 15 times a year, but nobody is complaining here. 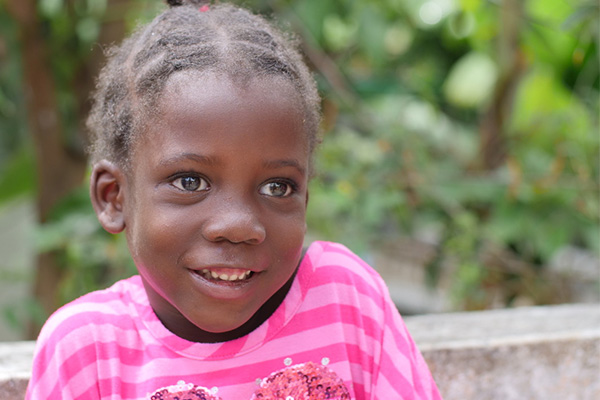 None of our girls had had a birthday celebration before they came to us. You can imagine, being a servant of a poor family, getting a bit of food each day was the most they could hope for. They certainly weren't celebrated. There's a lot of hard stuff we deal with on a daily basis, a lot of heaviness in what's been done to them. The reality of it can hang around like a dark cloud somedays, but then there are things like birthdays where we get to for the first time in these sweet girls lives take a day to all celebrate the wonder of them!!! We tuck them in with the reminder that in the morning they will be a year older, and wake them up with singing, to surround them with hugs and kisses and warm birthday wishes all day long. The girls love to celebrate their sisters and are so sweet doing little things for each other, taking on each other's chores, letting the birthday girl choose the game, or allowing them to wear something or play with something of theirs. Though the girls have only had one birthday a with us (and some have not even had one yet), they have already learned to look forward to the next. They keep track of what order their birthdays are in so they know who's is coming up next.

“You make known to me the path of life; you will fill me with joy in your presence, with eternal pleasures at your right hand.” Psalm 16:11

Maryline turned 6 this year. And not only did we celebrate the amazingness of all that God created in her, but we celebrated the victories of her last year of life. Maryline can recite the alphabet, she knows 40 sight words, she can jump rope 30 times without tripping, and coast on the scooter form one side of the yard to the other. She helps fold and put away the clean laundry, and can sing "How Great is My God" without any help, walks through a dark room all by herself, and comes to Mommy and Poppy multiple times throughout the day to be reminded of how much she is loved. We are so thankful for how far she has come and look forward to celebrating even more victories in the future! 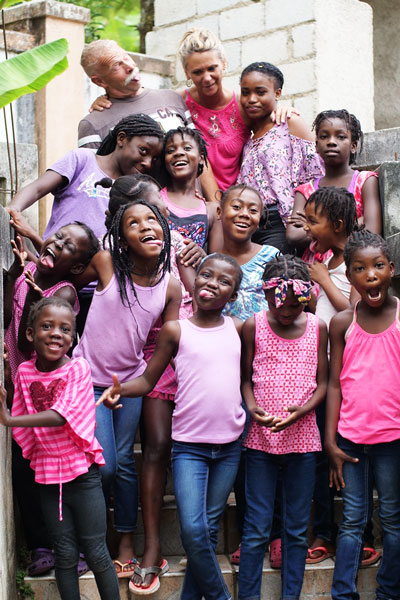 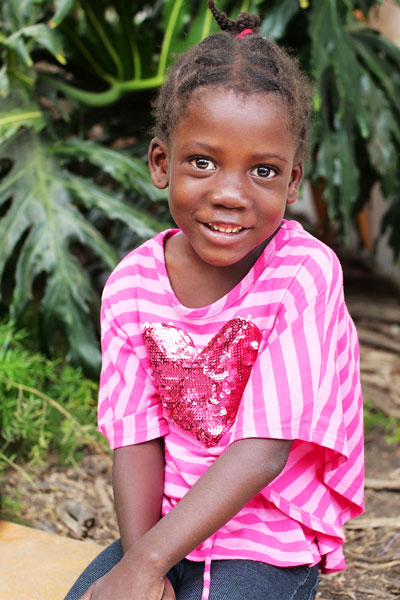 We want you to join us! Sign up to hear the latest stories, celebrate in our victories, fight in our challenges, and share in our lives.

Beauty Out of Ashes is an IBSER approved long-term residential foster home located in Fort Jacques, Haiti. We believe that every child has rights and one of those rights is to be loved as God first loved us.

We want you to join us! Sign up to hear the latest stories, celebrate in our victories, fight in our challenges, and share in our lives.